Suddenly, The Questions Pour In.

A Work Of Deluded Fiction

As a paragon of wisdom, wit, and style, I'm often asked how I do such and such, or how I've achieved esteemed levels of prominence in my myriad fields of expertise. Because so many people have helped me become ridiculously successful in every arena of human endeavor, I wanted to magnanimously share the give and take of the conversations with my fans. Here, in as modestly brief a format as I can create, are some of those interactions, with my responses to queries being as completely disingenuous and full of crap as I can manage.

From a Famous Dude in a Robe:

His Holiness, The Dalai Lama: Venerable Marshmallow, how do you manage to balance the demands of fatherhood with your work as a photographer for Playbuoy?

DM: First, let me say I totally dig your glasses, Dal. Very understated yet current. As for my photographic pre-eminence in the field of Oceanic Markers, I just have to say that I feel I am just very fortunate to have stood on the shoulders of giants. Literally. Because without them, I would have had to rent boats to get those shots. Plus, my wife and children are behind me 100%.

This,  from a former United States President (sans robe):

Ronald Reagan's Ghost: DM, you mention in your autobiography that you had a chance to stop John W. Hinckley the day he attempted to assassinate me, but that you didn't do so. Why is that?

DM: Dutch, come on, we've been over this a million times. I said that I could have stopped him from trying to impress Jodie Foster by shooting you. And what I meant by that is that I could have accepted her repeated (and quite frankly, annoying) attempts to date me. If I had given in to temptation and said yes to her incessant come-ons, I most likely would have turned his attention away from you and onto myself. Dude, you were the POTUS. I was a college student. You had Secret Service protection. I had zip. Stop whining and get over it. You survived that attack anyway, and it only served to make you more popular.

From, the Big Guy (also wearing a robe):

Jesus (the Christ): DM, I wish you'd stop using my name in conjunction with the phrase, "On a Popsicle Stick.". It's pretty blasphemous by most standards. And my Dad is sort of pissed. He's been talking smiting lately.

DM: Yeah, about that. First, that's not a question. Second, I don't mean anything personal by it. I would say the same thing using anybody's name who was crucified on a tree or big piece of wood. If you want, I'll use Spartacus' name instead. I'm good either way.

Jesus (the Christ): DM, that would be great, thanks. He's here with me now and says it's cool with him. Oh, by the way, St. Peter says hi. He also asks if you'd stop with the jokes about his life (and death) being turned upside down. He's super sensitive about that.

DM: Man, you're killing me with these requests! First he asks me to stop the "rock and roll" jokes, and now this. But I have a soft spot for Pete. As long as I get can a RapidPass®, he's got a deal.

From the Big, Big Guy (non-corporeal, but always pictured with a robe):

The Lord On High Himself: DM, how do you consistently hit such a smooth draw off the tee?

DM: Well, actually, I just attribute it all to you. Pretty freaking clever, huh? But the real trick is keeping my right foot forward of my left and bringing my swing plane a little out of horizontal. I close down the club face just a touch too. 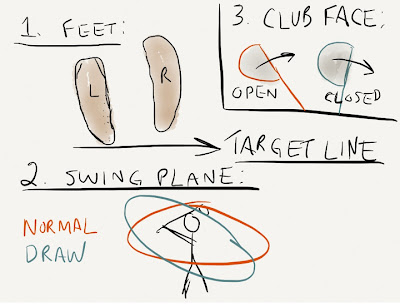 The Lord On High Himself: I knew it! You sneaky bastard! Lol!


That's it for this week. If you have any questions you'd like to ask the Defiant Marshmallow, please write in. I do my best to answer every letter personally, but due to the high volume of mail and requests, I can't guarantee it. Thanks and have a groovy day!


DM
Posted by The Defiant Marshmallow at 4:52 PM