A Product of Silence: Conversation With a Trophy

Going to try A Product of Silence, an exercise created by Kristine, at Wait in The Van.
With thanks to Ninja Mom without whom I never would have found it.
Read more »
Posted by The Defiant Marshmallow at 3:22 PM 9 comments: 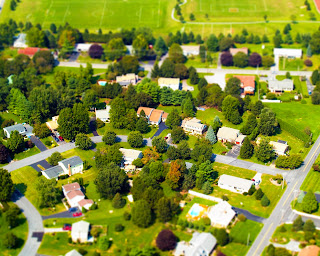 And I found the other one I was looking for! Cape May, NJ, from the top of the lighthouse. 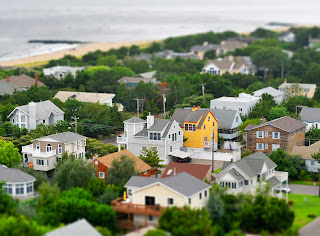 Posted by The Defiant Marshmallow at 2:56 PM 6 comments:

Well, not too excited. Every now and then I'm going to be posting photos for your amusement, enjoyment, critique, or because I can't think of anything else to do.

So here is a photo I took of a lovely bride at her wedding in 2010. She was a total joy to photograph and so lovely that my job was easy. The girl just couldn't look anything but beautiful in every shot.

Also! If you, patient readers, have enjoyed any part of my blogging, I unashamedly ask you to recommend it to others. This is the stuff I do want people to see, as opposed to my Facebook or Twitter accounts. Although I'm happy if people see those, it's not critical, because...and let's be honest here...they are usually crap.
Not saying that this isn't crap, but if it is, then it's crap that I've put some effort into. So please, share The Marshmallow!

Posted by The Defiant Marshmallow at 1:13 PM 3 comments:

This is not about New Year's Resolutions. Sorry to disappoint, but I'm pretty sure that everyone with a pencil, pen, keyboard, typewriter, or stylus is writing about their resolutions, and if you want to read about them, you have a plethora of sources from which to choose. I don't much care for resolutions anyway. My experience is that they are promises that go unkept. Worst of all, they are my promises to myself that go unkept, and there isn't anything in the world that I can think of that can bring me down faster than for me to break a promise to me.

You see, I'm sort of like 'The Filthy Beast' from Father Goose, but without the Cary Grant looks.
Oh, it's not to say that I don't have any redeeming qualities. I can make a wicked omelette, and I usually make a favorable first impression. It's beyond the omelette and first impression that things go awry. To illustrate, here's a list of things I am good at, can do, will do, etc. See if you're impressed by them or not:

-Seinfeld Trivia. You can't touch me on this. No one in my house will let me break out Seinfeld Scene It, because no one else ever gets a turn.

-Single Malt Scotch Whisky. Know it. Love it. Never over indulge in it, but will bore a hundred people to death talking about it.

-I cry at the opera. Usually because I have to be there, not because it moves me.

-Photography. See Astronomy and Whisky, above. And I'm pretty good at it too. If I could do one thing as a job for the rest of my life it would be Wildlife Photography. Or Playboy.

-I don't feel guilty for being a regular at Starbucks. $3.55 for coffee? No problem.

-I over tip at restaurants. It doesn't seem like a bad thing, I know. But I do it because it's easier figuring 20% of a bill than 17%. Sheer laziness.

-If you get between me and the TV during a hockey game, I will protest. In this case, protest is defined as 'I will slash you with my stick, which I am holding while I watch hockey on TV, because I am deranged about hockey'.

-Star Trek. Yes, those are all of the USS Enterprise scale models on the top shelf of the desk in my office. And you must have permission to touch them, not that you'd want to. Would you like to know more about them? Pull up a chair.

-Boggle. I will crush you without mercy. No, you can't win. You and your whole team can't win. You're a kid playing against me? Tough shit. Learn more words.

-If you touch the Bass Ale in my fridge....
...just please don't. You can have the Yuengling lite. That's why it's in there.

-I can still throw a splitter and the meanest sinking curve ball you ever saw, at least from a guy in his late forties. I will also throw at your head on the first pitch just for fun.


There's so much more, but the above items should provide a nice summary. So why no resolutions? Because there's so much to work on, and so little time in life to worry about those things. Why spend the time trying to break old habits when I can be proactively developing new ones? I know people who are unabashed bookworms and they don't need to change. Or those people who collect stamps. You know, felatialists or whatever. No one asks them to stop their stupid hobby.

But in 2011, there must be some redemption, so I'm open to suggestions. If you have any ideas, please feel free to tell me. I love feedback. It lets me know who I need to punch first, and how hard. I'll work on one thing to bring myself closer to humankind this year. Not as a resolution, of course, but as a way to avoid slashing penalties. I hate being called for slashing.
Posted by The Defiant Marshmallow at 11:43 AM 6 comments: