I Can't Write About This, But I Have To

Have you ever needed to get some words out? Just out...anywhere, any way,  out of you and onto the wind?

This post is that, because there's no point to it other than that I need to write the words, speak the words and get them out of me. I don't even care if anyone responds, because it's not necessary to do so. I'm not asking for sympathy or platitudes. It's enough that someone will read them.

Earlier, you saw some posts of mine with photos of amazing wildlife from south Florida. I captured those images while on photo-safari with my buddy. Let's call him Rob. I stayed at his house for the week and we went out every day together on our little adventures. It was great. He lives up in the north, in my town, and likes to spend colder months in Florida. We've been joined at the hip with photography for years, and our photo safaris are my ideal time to do exactly what I want to do. His too.

Enough background. My gut punch came yesterday, when his wife sent me a text message telling me Rob had had a massive heart attack and was in the Cardiac ICU in a hospital an hour away from where we live. I was there in just over 45 minutes.

My buddy lies among the most godawful tangle of tubes, wires, pumps, and machines you'll never want to see. The first thing you notice in the ICU is the smell. I've been there hundreds of times in the course of my work, maybe thousands, but it smelled worse than usual. It's that mix of smells: chemicals, ozone, cleaning fluids, antiseptic, latex, linen, and of course, people. Or more to the point, all of the things that drain and leak from people.

In the span of an hour or so, Rob went from being a dad driving his wife and daughter on a college hunting tour to a comatose mass of flesh. A ventilator breathes for him. Another machine takes his blood out of his body, oxygenates it, and returns it to his body because his heart is too damaged to pump and his lungs are too weak to do the job. At least a dozen other lines feed into and out out him, all of which support some measure to keep life in him. There are more things going wrong with his body than are going right.

His youngest daughter asks me questions faster than I could possibly answer, even if I had answers. She initially shrinks back from her father's motionless form on the bed until I can explain all of the tubes and the bloody things to her. Some of them are unfamiliar, even to me. Then she pokes his forearm over and over, trying to make him respond. Of course, he does not, but maybe deep down under all of the sedation and paralyzation drugs - maybe he knows it's her.

Rob's wife tells me she doesn't even know what questions to ask the endless stream of doctors and nurses. She thanks me for knowing and being there. I don't want to know and I don't want to be there. I want to be walking with camera in hand, with Rob, answering his questions about how to get this shot or that shot.

There is no winning here, only the opportunity to delay the inevitable. He cannot be transferred to another hospital - no way to survive the move. Everything is taken minute by minute right now, hour by hour. There is no grand plan, just small, hopeful steps. Survive this machine long enough to have drug "X" withdrawn. Hope the vital organs begin to work again. Hope that the oxygen deprivation hasn't caused brain damage.

Right now nothing works. Unhook any one of the tubes and life is gone.

The nurses are great. No one stops working; no one stops stops trying. The cardiologist is a socially inept dick, but then again, so many are. I don't care. I just want him to be competent.

There is that.
Posted by The Defiant Marshmallow at 6:02 PM 7 comments:

Oh, how I've waited for this moment! I won't make you wait to guess because it's too grand, too important, too wonderfully pee-inducing.

Here, in pictures and in words, is what arrived on my doorstep this afternoon:

You would have loved my shriek of delight - it brought my dogs running at their insane best.

Amazon! Ooooooh! I know what this is! 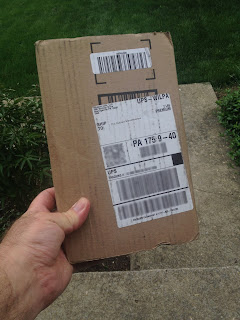 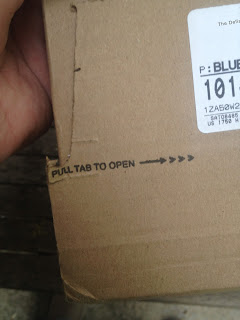 The boys scorched the lawn in their zealous affirmation of my glee. My prize...

Direct from The Bloggess, or whatever warehouse her publisher uses.

Let's just say I know what I'm doing this evening.


- Posted using BlogPress from my iPhone
Posted by The Defiant Marshmallow at 6:27 PM 4 comments:

No big updates or other craziness to share right now, although lots of things still brewing. But for today, another photo to share from the Myakka State Forest during my recent expedition. Enjoy!

A Rosiette Spoonbill seems to parachute gently over the water: 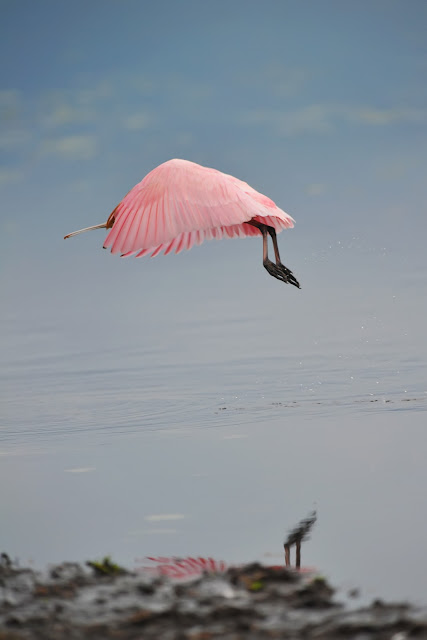 Posted by The Defiant Marshmallow at 3:51 PM 6 comments: