Lazarus Was a Pantywaist

You wanna read something cool? Sure you do. Read on!

Remember my friend, Rob? The one who was essentially dead (see my last two posts)? Yeah, well he's not dead now. No kidding. I'll preface this (and end it for powerful dramatic effect) with a summation from the head of the Cardiac ICU at a certain world-renowned medical center where Rob was a guest:

In 16 years his is the most remarkable case I've ever had. He is the most ill patient I have ever seen recover.
Lazarus was a pantywaist in comparison.

I'm lying about that last sentence, but I swear he was about to say it. It was right on the tip of his tongue.

I've waited a few weeks to post this, as I didn't know it would turn out so great. On May 22, my buddy woke from a one month coma. He is at home at this very moment, surrounded by his dysfunctional family*, enjoying Father's Day weekend!

That warrants a highly charged gif.

Briefly, since we last met, here is what transpired. 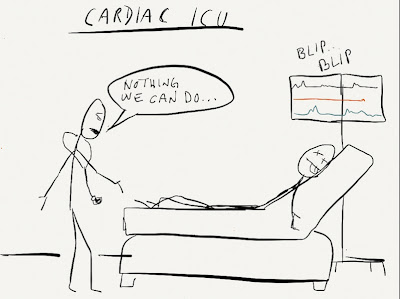 "Murmur, murmur, hospice, rutabaga, last will and testament, murmur, it would take a miracle, murmur..." 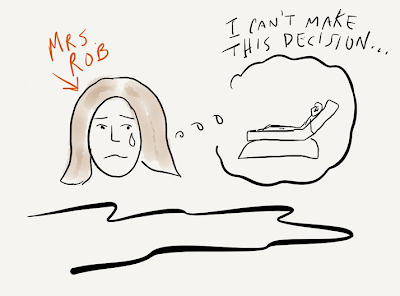 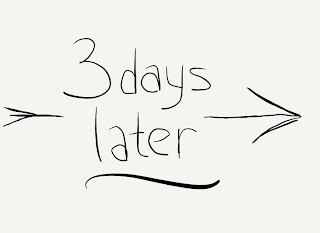 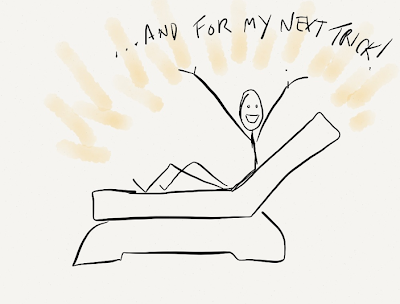 Yeah, basically, he just got better and woke up. After they told us he would die, no matter what. It was "pull the plug" time. With all the procrastination-of-the-week she could muster, Rob's wife decided to wait a couple of days to figure out what to do and how to do it.

The meaningful stats, in Lay-terms:
One month of multiple organ failure, not a single positive prognosis, death just moments away (Up yours, Death!) And then, in a feat worthy of medical journals and Guideposts magazines everywhere, all functions began to improve. Slowly at first. But in one day, his liver and kidneys went from "offline" to "bring it, bitches!"

And as I wrote before, he just woke up.

Since that day, Rob has continued to defy prognoses, Death (I said, "Up yours!" already!), the doctors, the nurses, his wife, me, and Timmy, down the street. But he never liked Timmy anyway.

The day after he woke up, the experts gathered in his room and told us and him that even if he continued to get better, he'd probably be bedridden for life. I kid you not. What did Rob say to that? Nothing, actually. He still had the tracheostomy and was still on a ventilator, so he couldn't speak. Rather than fight that battle, he decided to just get up out of bed and walk over to a chair in the room and sit down. Death? You listening, you big pussy?

So the docs revamped their estimates and said Rob would spend "months and months" in acute rehab, probably on a ventilator, and sent the social workers scurrying off to find a suitable rehab facility that offered vent support, speech therapy, cognitive therapy, and physical therapy. What did Rob say to that?

I'm not making this next part up - I swear to you. By the time the social workers, working in conjunction with the insurance company, found a rehab facility, Rob was too well to go there. In fact, they had to kick him out of the ICU because he was too well.

Then, by the time the social workers and the insurance company got re-organized and found  a new rehab facility that suited Rob's improving condition, he screwed with them again by coming off of the ventilator and having the tracheostomy removed! He became too well to go to every acute rehab facility! He did all this recovery in less than two weeks! Not only that, he was too well to be transported anywhere by ambulance!

So, before Rob could totally hose these poor social workers, they threw him out of the hospital and into a nursing home near his house, where he would "spend the next several weeks". He would receive all his therapy there.

But you know where this is going, don't you? Death, you still in the room? Give up, asshole. Rob spent five days in the nursing facility. After too many visitors confused him for one of the staff, the people at the facility decided he had to leave.

So today, and with absolutely no fanfare whatsoever, Rob came home. He is now at the mercy of his wife and kids again. And he is already pestering me to drive to Atlantic City with him to go shoot photos at the air show there in August. He had the temerity to ask me if I thought he would be well enough to go by then. I told him that no one was ever betting against him again. Not even Death.

In 16 years his is the most remarkable case I've ever had. He is the most ill patient I have ever seen recover.
Lazarus was a pantywaist in comparison.

Edited to add: OMFG! As I was finishing up this post, I got a text from Rob. It reads: "Going to Polo tomorrow with family".

I swear, if he dies at that Polo match, I'm going to kill him!

Posted by The Defiant Marshmallow at 4:45 PM