They Really Liked Me!

For the Marshmallows it has been summer swim season since the beginning of June. Wolfgang Amadeus Marshmallow is doing his bit and agreed to swim one last season following his high school graduation. He has a serious case of "I wanna just leave and get to college!", so I was ecstatic that he decided to grace the swim team one last time rather than slack off all summer and drive us to drink (more).

What I hadn't counted on was my own case of "12 years of swim team burnout". I became fully aware of it last night, during our biggest dual meet of the year. We have about 170 swimmers on the team. That is a huge number of families, by the way. And I think every one of the parents of those swimmers commented to me along the lines of, "Wow! You finally made it to a swim meet!". Yep, last night's meet was the first one I managed to attend this year, due to work, travel, conflicts in scheduling, and the aforementioned burnout. Which is made doubly ironic by the fact that it was the last dual meet of the season and the last meet that Wolfgang will swim in. Ever. Oh, but that's not the best part. No.

The best part is that for the past ∞ years I have been the official swim team photographer. And I have been at ALL the meets, ubiquitous as the lifeguard stand at the pool. Hot Saturdays and buggy weekday evenings, on the deck for four to eight hours, contorting into whatever positions necessary to get the shots, sweating like Ted Striker piloting a Boeing 707. So people know me. I just didn't know that they know me, because I've been concentrating on framing, focusing, and shooting hundreds of images every meet. Chat time was limited, to say the least. I watched swimming with one eye closed, through a tiny hole in the back of the camera. I never even knew that it was live and in 3D!

So it was quite a surprise to find out that people have missed me at the meets. I'd like to think they missed my sunny personality and warm charm, despite knowing what they really missed were the action shots of their kids. But I can live comfortably in denial of the truth on this one.


A couple of shots to share with you. Enjoy! 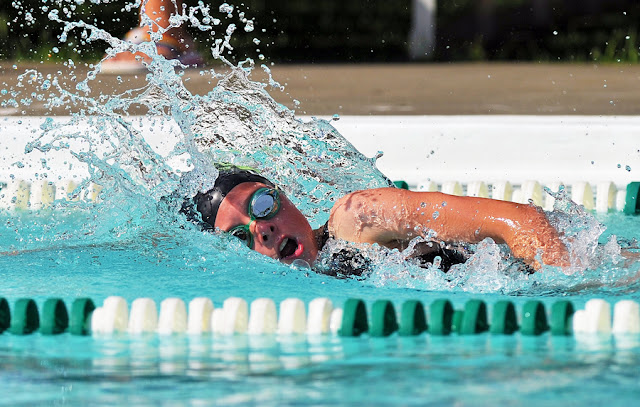 Swimmer eyeing up his lane. 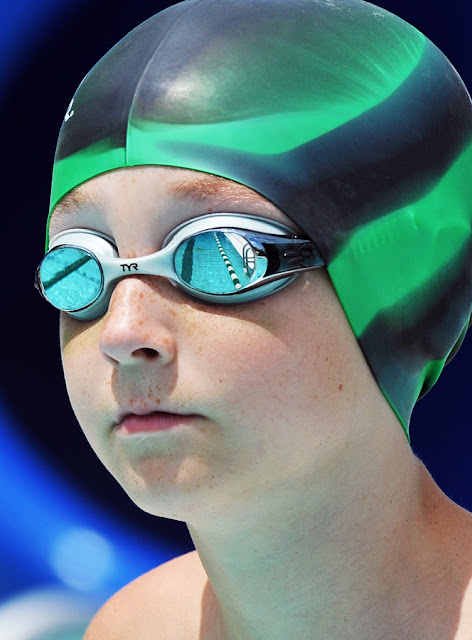 This one is Wolfgang. 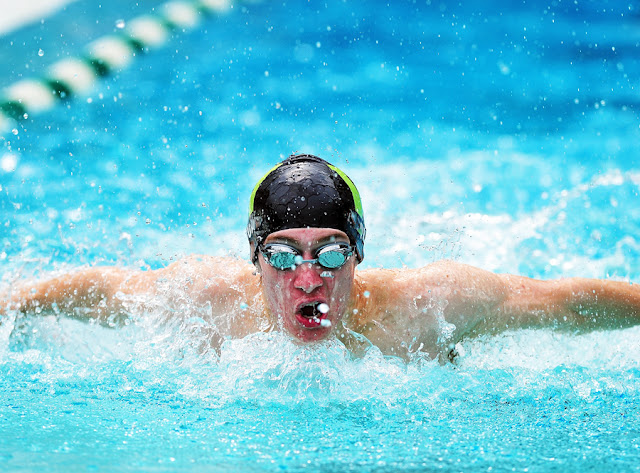 Posted by The Defiant Marshmallow at 5:01 PM